In the kitchen with Primitive: pumpkin season. 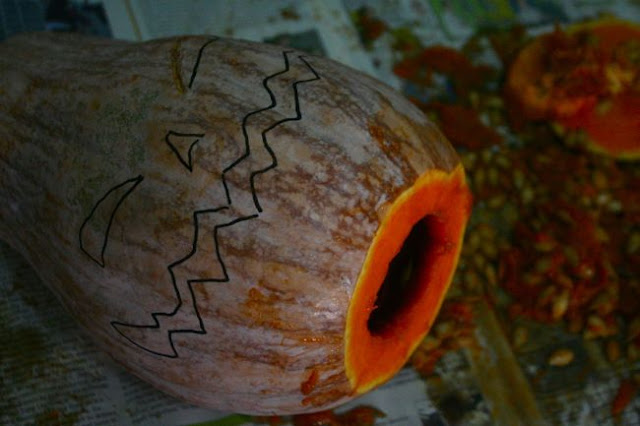 This was my first year celebrating Halloween since 2005. A combination of living in tropical climates and in the Southern Hemisphere has meant that my Octobers have been spent in warm climes unsuited to spooky atmosphere. So I was happy this year to have the holiday just as we plunged into chilly weather; I was even happier when a small blue truck appeared at our local morning market, loaded with some incredibly beautiful pumpkins.

I picked up a few (along with a handsome squash) in unnatural shades of pale dusty orange and mossy blue-green-- they were so beautiful, that I felt some strong reservations about carving them. Gravity settled the decision for me when the squash toppled over and gashed the perfect incision to start carving an eye. I drew a face, cut the squash open from the bottom, and scooped out the seeds-- and was flashed back to my childhood with the sickly sweet smell of a pumpkin's insides hitting newspaper. I enjoyed the experience enough that I ended up carving a second pumpkin.

The pumpkins that were spared carving are being roasted in batches. I grew up thinking that the only way to eat pumpkin was to start by scooping it out of a squat orange can, but starting from is actually incredibly easy and much tastier. Just cut the pumpkin in half, roast it cut-side down, and then scoop out the flesh once it's gotten soft. We've frozen 1.5 cup portions in plastic bags, so we'll have a November full of orange baked goods spiced with cinnamon and nutmeg.

A single pumpkin will produce a surprising amount of flesh, but even if the charms of pumpkin pie and bread wear thin, there are load of other ways to use pumpkin. We made pumpkin sandwich cookies (nutmeg and cinnamon cookies with a filling of cream cheese, sugar and pumpkin), spiced pumpkin muffins, and an incredibly rich pumpkin ice cream. You can also use it in soup, curry, pastas...

And with all of those seeds you scoop out, you can sweet and spicy pumpkin seeds, which make a fantastic snack (especially with some nuts and chocolate chips), a tasty addition to muesli, and a fun topping to sprinkle on pumpkin muffins. 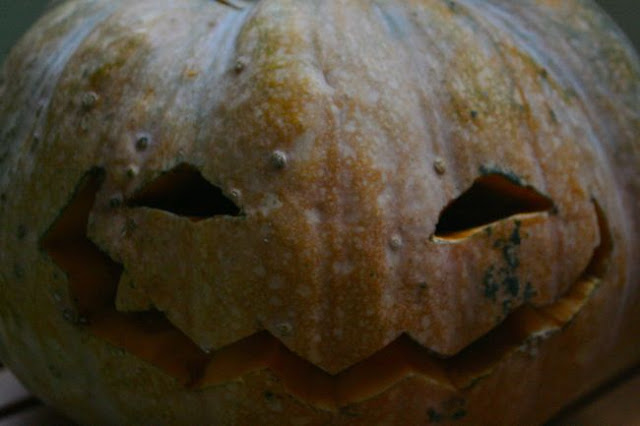 Though I must admit, just carving the thing might be the best way to celebrate the season. Happy Halloween.
Filed by Alexander Santillanes at 22:39 9 comments:

Themes: Autumn, culturedPRIMITIVE, In the Kitchen

Joys of a home bar. 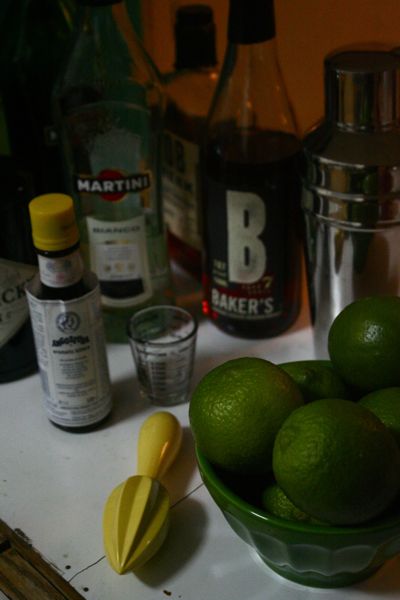 As I mentioned in one of my most recent entries (recent being, well, a month ago) we've found ourselves a little hard up for places to go out in our new town. So in the absence of a good spot in which to go out, we've been working hard to make our apartment a great place in which to stay in. Aside from switching out the florescent lighting for paper lanterns and sprucing up our kitchen, this has mainly been achieved through starting out a home bar.

By focusing on our favorite liquors, gin and bourbon, we're building it up slowly and organically. We're trying and comparing different bottles, and branching out into other alcohols through experimenting with some classic cocktails. Gin has led us to Campari and Sweet Vermouth through the Negroni, while bourbon has led us to bitters via the Old Fashioned.

And while so far it's mainly just been a bit of fun, it's always threatening to bloom into a little of an obsession-- the temptation is growing to begin seeking out obscure liquors in Taiwan bottle stores, and laboring in the kitchen to make better cocktails (I really should stop reading T Magazine's Case Study).

The only thing we're missing, unfortunately, is the bar itself. We have yet to find a handsome, compact piece of furniture on which to store our bottles and tools. We're open to alternative ideas-- any tips or ideas? Come up with a good idea for me, and I'll mix you a drink the next time you're in Hsinchu.
Filed by Alexander Santillanes at 22:53 2 comments: